The Other Side of the Tracks

Grandma’s. Her house was small. Very small. A  true “tiny house” without all the efficient means to make it more livable.But also in a day when we didn’t have much. She raised 3 children in the house. It was in the heart of the city, off Main Street, one house away from a set of railroad tracks. Where houses were a handshake or narrow driveway apart from each other. All conversation would stop when the trains sped by. 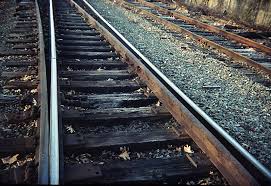 “They lived on the other side of the tracks,” was a common phrase in literature, and school conversation.Grandma was on the “other” side. As I child I just “knew” but I didn’t understand. We were just people, like everyone else, though without as much.  The neighbors for the most part looked out for each other. So what was “wrong” with the other side. When we (my parents and siblings) moved out of the city, we no longer lived on the “other” side. But we still didn’t fit in. Why is that?

Is it really any different for me now? I’m living in a world that I currently call home but I really don’t fit in. I’m still living on the other side of the tracks, for now, for I’m destined for a home on the other side.

In the meantime I’m making the most of living on the wrong side of the tracks.

Loving life and longing for what’s waiting, on the Journey, Jackie

This entry was posted in Uncategorized. Bookmark the permalink.